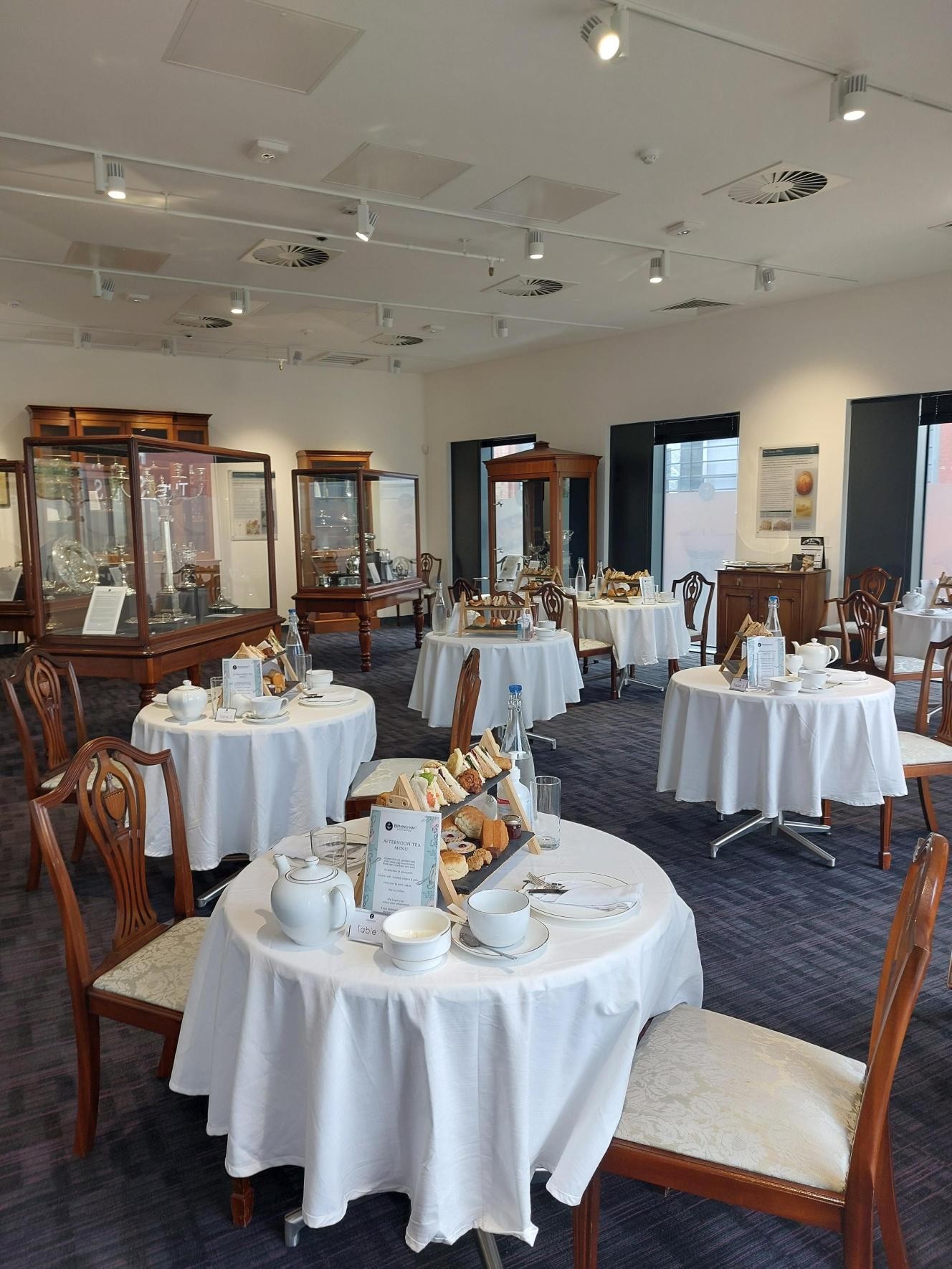 The silver collection at the Birmingham Assay Office showcases the enormous wealth of talent of Birmingham’s silversmiths and the afternoon teas were set amongst the historical collection of spectacular objects created by some of Birmingham’s most celebrated Silversmiths including Matthew Boulton, Nathaniel Mills and Elkington & Co.

These two sold out events concluded with a talk explaining the history of the Assay Office and hallmarking. 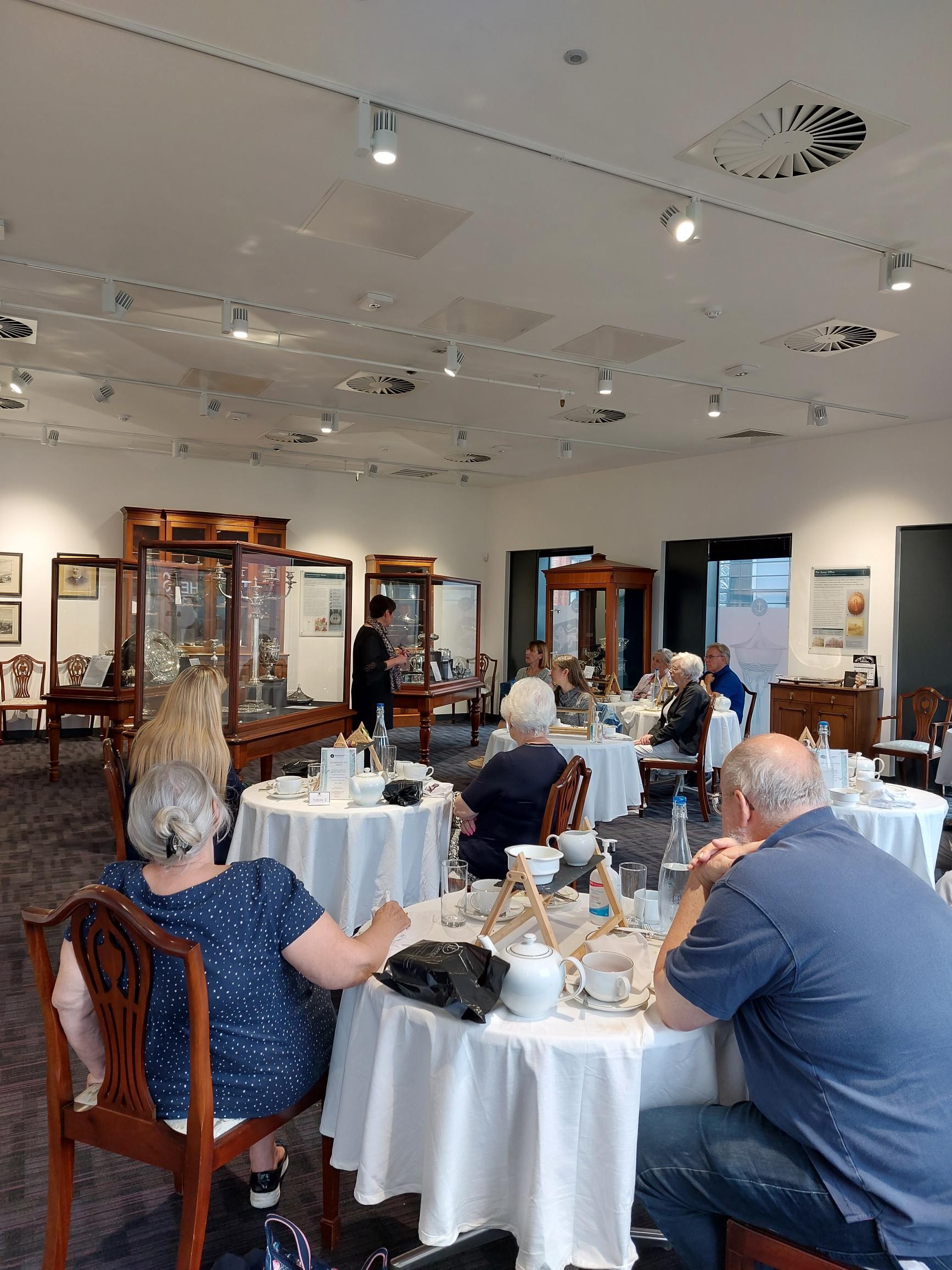 Established by an Act of Parliament, the Birmingham Assay Office has been responsible for testing and hallmarking precious metals since 1773. The need for the hallmark is as strong now as it was in the 18th century as the hallmark protects both the public as well as the jewellery and silversmithing trades. Next year will mark the 250th Birthday of the Birmingham Assay Office.

Following the success of the Birmingham Heritage Week Afternoon Tea’s, the Birmingham Assay Office will now be holding further events at their Icknield Street location, including afternoon tea’s, throughout the year in the lead up to their birthday.

For more information on upcoming events or to book your place head online.

The Birmingham Assay Office nominate Midland’s Air Ambulance Charity and The Benevolent Society as their chosen charities for their 250th anniversary.

British Hallmarking Council and National Association of Jewellers announce the HALO Award for online promotion of the hallmark.